Hernan Justo began dancing in 1974 at the Instituto Superior de Arte Teatro Colón
in Buenos Aires, Argentina after ten years of training he joined Ballet Estable de Tucuman
in 1981 then Ballet Estable del Teatro Colón in 1982 and then
Teatro Argentino de la Plata in 1984 until he left Argentina. 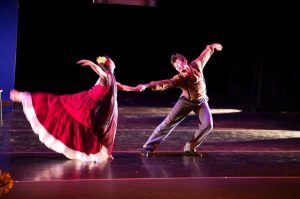 Hernan and Anita in The four pictures of Frida

Hernan in Who Cares?

After three years he moved to the Ballet Clásico de Camara in Caracas (Venezuela) Under the artistic direction of Nina Novak (Ballet Russe de Montecarlo) where he had the opportunity to work with Kaleria Fedicheva(Marinsky Theatre –  Russia) Vera Kirova (National Ballet of Sofia – Bulgaria). Mr Justo performed most of the pas de deuxs of the classical repertoire and later he joined Ballet Contemporaneo de Caracas, Venezuela where he worked with Guiseppe Carbone (Scala de Milano) and performed repertoire by John Butler such as Othello and Carmina Burana and Maria Eugenia Barrios: Three Loves, Shivaa, and Let’s Dance. In 1992, Justo won the “Best Couple” award at the XV International Ballet Competition in Varna, Bulgaria, the most prestigious competition in professional ballet. He also was nominated as “best dancer of the Year” in 1992 by “Casa del Artista” in Caracas Venezuela and he has also won “Best Classical Interpretation” at the Prix Volinine in Paris, France. In 1994 he participated in Summer Italian Tour performing in Venice, Bassano Loano, Jessolo, Vignale. And in the International Ballet Festival in Havana. Cuba. 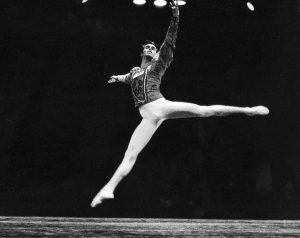 As ballet teacher Hernan teaches all the upper levels at DanceArts Greenville and is a permanet guest teacher for summer intensives in several schools and companies around the country. At Charlotte Ballet and Charlotte Youth ballet in Charlotte NC, at Gretchen Green School of Dance in Savannah GA, at Springfield Ballet Company in Springfield IL., Boulder Ballet, and in the past was part of the faculty of Chautauqua Institution in Chautuauqua NY, Griffin Ballet in Griffin GA. Olney Ballet in Olney MD.

Justo co-owns and directs DanceArts Greenville with his wife Anita Sun Pacylowski. Together, they have three children, Martin, Dancer in Carolina Ballet Theatre, Sofia currently in University of South Carolina, and Nicolas in Greenville High School. 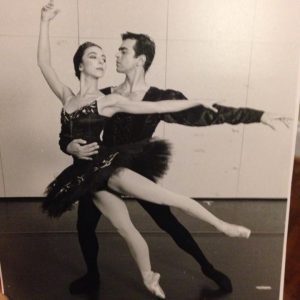